My name is Debra Nixon of Central Florida. As an Experienced Holistic Practitioner, Urban Organic Farmer and Life Coach, your Whole Health Improvement Goals are Our Honor to Serve!

We support all who desire to gain Wholeness in Mind, Body, Financial & Spiritual Aspects of their Lives. Allow us to Support Your Journey....

What better a gift to give to someone you love!

Holiday Donations Appreciated. Help Us To Support a Childs Magic This Christmas! 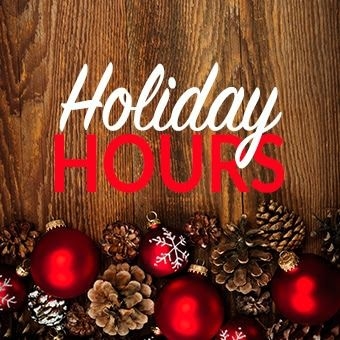 As the World currently faces a Pandemic Situation, it is more important than ever to keep healthy and stress free! Our Team at Healthy Empowered Living Solutions understand your concerns. We are here for you through all that may challenge the human race with common sense solutions for Good Health Practices. Keeping in balance of Mind, Body, and Spirit is key. We are currently available to support you with Garden Growing in Any Space goals, Eating Healthy from home with creating an Herb Garden, and Life Coaching Services to help you practice Meditation and Stress Relief techniques to keep your Bodies WHOLE & Healthy. Contact Us Today. Let Us Support Your Path for Better Health.

WHAT IS ALTERNATIVE MEDICINE

Naturopathic Medicine is actually not alternative at all. In fact, these practiced have been used since the beginnings of Human Existence. The Greek Physician Known as The "Father of Medicine" Hippocrates, born 460 bce was known for his phrase "Let Food Be Thy Medicine & Medicine Be Thy Food".

Hippocrates held the belief that the body must be treated as a whole and not just a series of parts. He accurately described disease symptoms and was the first physician to accurately describe the symptoms of pneumonia, as well as epilepsy in children. He believed in the natural healing process of rest, a good diet, fresh air and cleanliness. He noted that there were individual differences in the severity of disease symptoms and that some individuals were better able to cope with their disease and illness than others. He was also the first physician that held the belief that thoughts, ideas, and feelings come from the brain and not the heart as others of his time believed. Us at Healthy Empowered Living Solutions also believe that true healing is three fold with a balance in Body, Mind, and Spirit.

We Create Essential Oil Remedies to

Gut Health is where Our Defense System Lies. Learn How to Feed Our Gut Healthily..

Are You Ready to a​pply​ Sustainable Practices to your Life?

Sustainable Living with Off the Grid Option Solar Homes:

Join us each Sunday on the Zoom Platform at 2:00 pm EST for FDD Family Development Day, where we dive into the subjects above to help Support and Uplift the Worlds People for a Better Tomorrow!

STILL HAVE A QUESTIONS ABOUT HERBS & FOOD AS MEDICINE?